An Open Letter to My Students [TE 818 Concluding Post]

You teach what you are.


This vignette might capture a bit of what I mean.

-Video format and curiosity mindset partially inspired by CGP Gray’s visit to the Colorado State Weed Lab (not what it sounds like). -Apologies for the brief belly button appearance. However do recall what we teachers would say on those non-uniform Fridays when students tried to get away with wearing crop tops. :)


Here is the backstory.


My house is 100 years old and I’ve come to think of it more and more in museum terms. In fact our home’s long time owner Ms. Purins was also a museum worker, painting diorama artwork for exhibits in the same building that we now go to school in.


Our basement was an exhibit of the history of electrical wire technology for the past century. From knob and tube, to non-grounded cloth wire, early Romex, and modern Romex, it was a collage of criss-crossing copper. It was easy to tell that the earliest wires were run with great care- precisely drilled holes, right angles, and workmanship. The later patches however, left quite a lot to be desired. My electrician friend and I found numerous junctions in the walls (a big “no-no”) and other shoddy updates. I started a tally of times my friend would say, “oh, that's interesting…” and “wow, another handyman special.”


We began to imagine the original electricians in caps and overalls walking down the steps to inspect our new work and maybe even critiquing it. I looked up and stared at the basement ceiling until my neck ached, enamored in tracing each circuit's comings and goings. Over the course of a few Saturdays and evenings, I learned how to replace outlets, pull replacement wire through the walls, and watched as a new electric panel took form.


One of the final challenges that remained was a three-way switch in the stairwell. Due to a failed replacement switch I tried to put in a few years ago, we had to play a bit of a game with the light- both the upstairs and downstairs switch sometimes did and sometimes didn’t trigger the bulb. But now that there were new basement wires, there was no power to the light at all. And we were both stumped.


On his way out for the evening, my electrician taught me how a three way switch is wired and drew a hasty sketch. We had taken voltage measurements at the stairwell light that didn’t add up. He circled the neutral wire in his drawing. Somehow that was the problem. 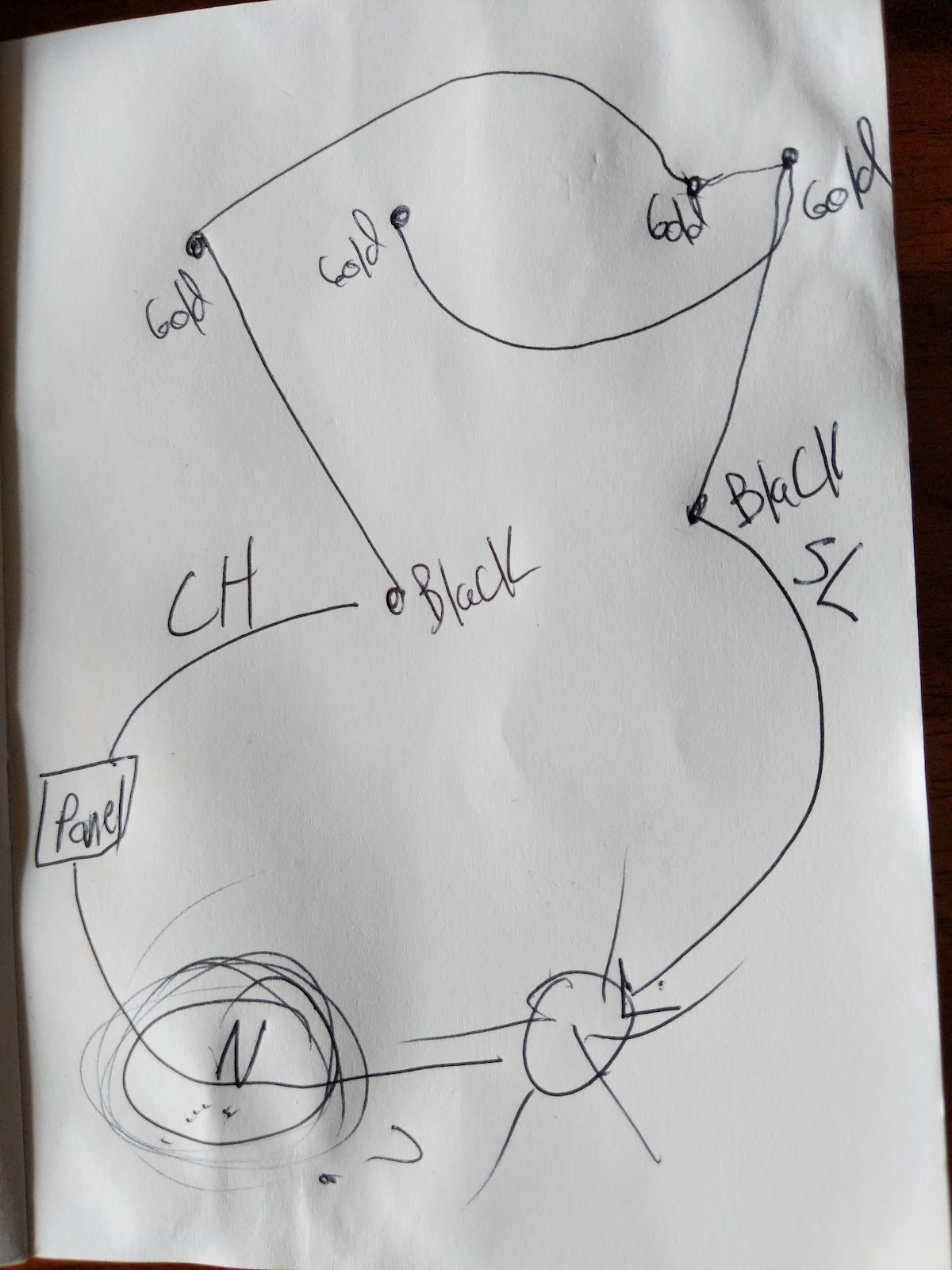 Looking for a clearer mental picture of the situation, I grabbed some cardboard from the recycle bin and my kid’s pencil bag.


The bulb in my brain lit up. The circuit was complete. The connection was made. (See what I did there?).


I remembered a previous conversation with my neighbor about his house rewire, and how knob and tube circuits could borrow a neutral connection from another line. I remembered the realization that a circuit could still function with a reversed hot and neutral. We must have flipped the hot and neutral in the basement and now the stairway light must have two hot wires!

Me: So that’s what I wanted to share with you! 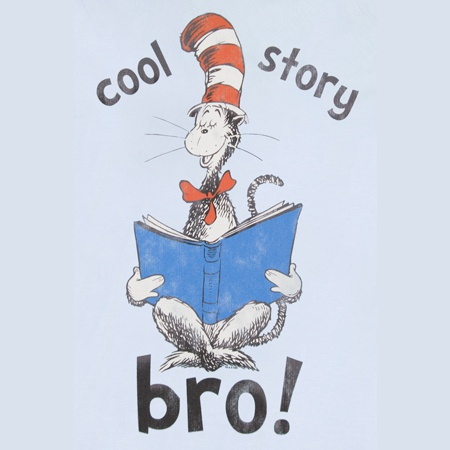 Alright, good feedback. Stay with me though, I think I can land this plane.

This electrical endeavor marked a shift for me. I didn’t just know enough to be dangerous anymore (although I did get an unsettling jolt when I carelessly reinstalled one of the three-way switches). Now I knew enough to make novel connections and application of what I had learned. And I was geeked. So geeked I fumbled through the whole project trying to “vlog” as I went (not a normal activity for me). So geeked when the light switched on for the first time that I almost woke up the rest of the household to see (it was 1 A.M.). So geeked that I spent another hour stitching together my video clips.

The next day my excitement had faded a bit. My family actually doesn’t use the stairway light that much and honestly had gotten by just fine with it only partially working for over a year. But it didn’t matter. I had learned stuff. Really learned.

Like the time I spent a summer working late nights in the shop with my dad learning how to run a CNC machine. Or the first bicycle derailleur I adjusted or bottom bracket installed. Learning the extraction chemistry of making pour over coffee that actually tastes good or like poring over fan-made maps of Middle Earth. Building tomato cages out of upcycled bike wheels or crafted a spinnable compost bin.

Like building a LEED Inspired playhouse or biofuel banana peel briquettes. Connecting with the landscape engineers to collect community input on our city’s Grand River transformation. Or the time we used product development techniques and material science to create donatable products for a local homeless ministry.

My home life and my education life is a series of interdependent projects and relationships seeking to love God, serve others, while stewarding and exploring his creation. That’s why my classroom runs like a business start up and utilizes industry protocols and software. That’s why our projects constantly spill out into the Grand Rapids community. That’s why we make, steward, and curate at our school. I teach what I am.

at April 26, 2020
Email ThisBlogThis!Share to TwitterShare to FacebookShare to Pinterest